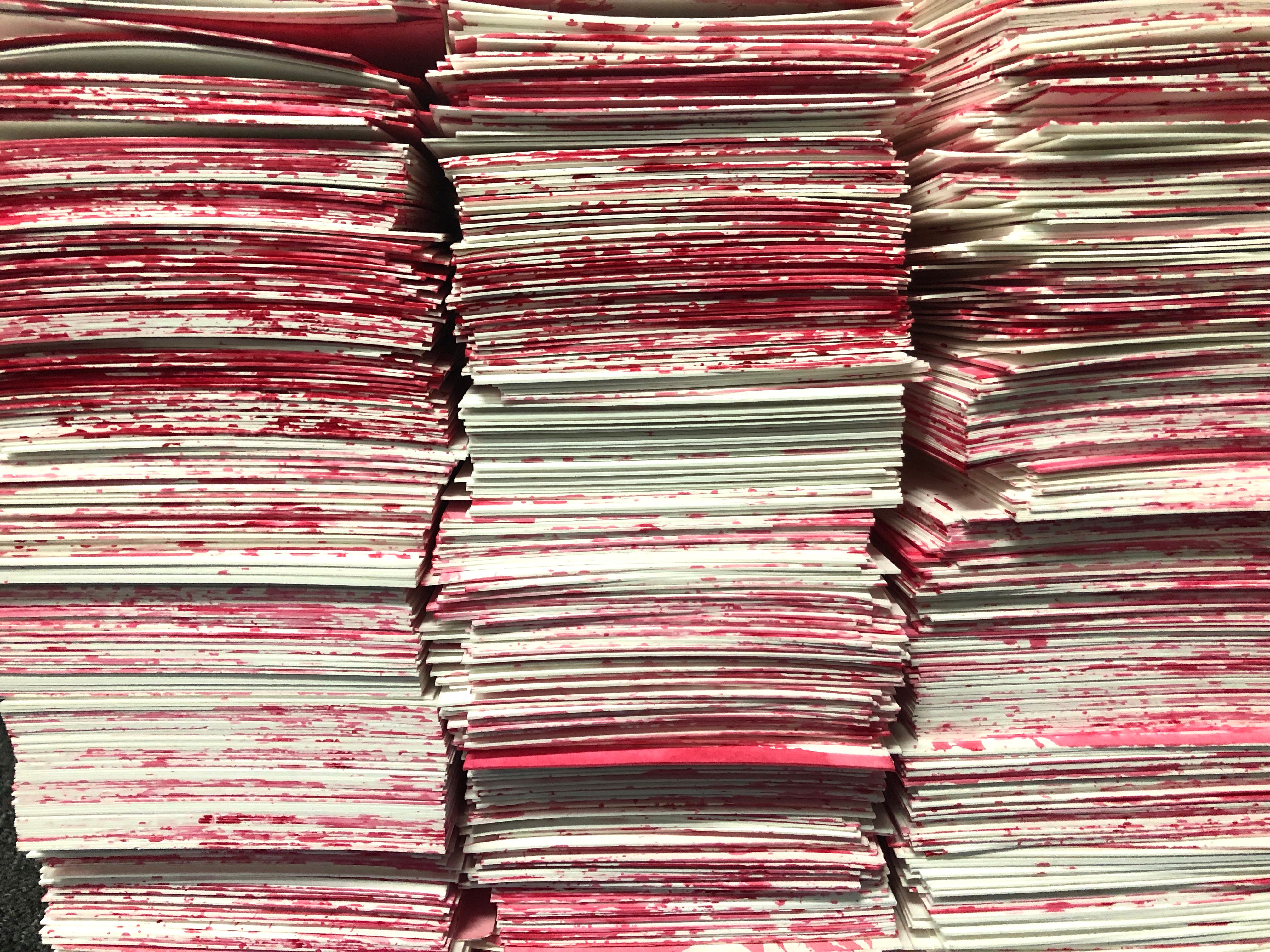 The Swirl Machine: Capturing the Spirit of a Wine Region Digitally 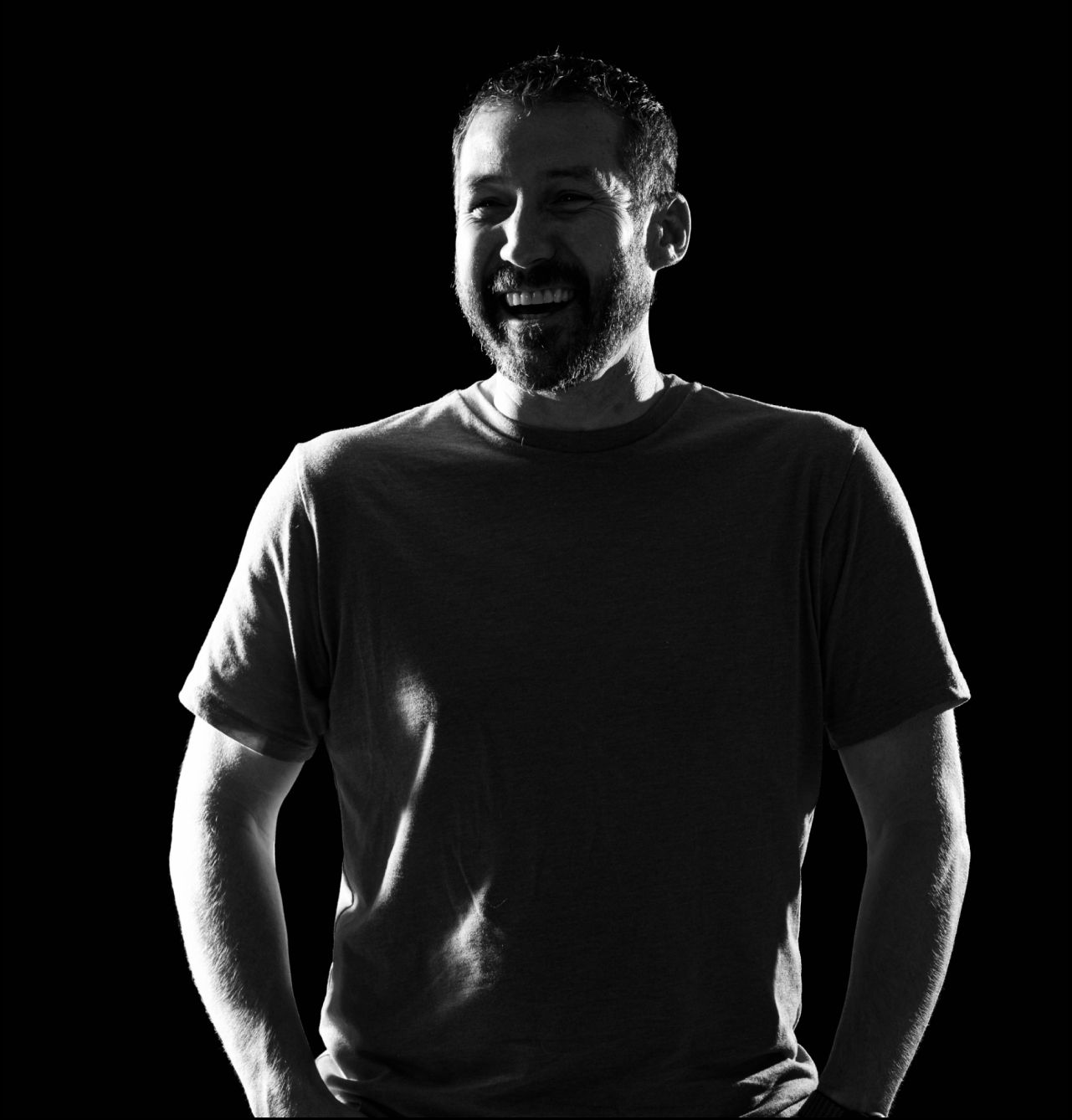 Santa Maria Valley: a relaxed town on California's Central Coast known for its world-class Pinot Noirs, Santa Maria Style barbecue and friendly, laid back locals. Their visitor's bureau looked to KPS3 to do something bold. So, we turned a relaxed wine tasting vibe into a complete digital experience, powered by a Swirl Machine.

If you're too busy to keep reading, just use it right now at santamariavalley.com/swirl, or watch the video. For those who want to dig deeper, enjoy.

What is the Swirl Machine?

The Santa Maria Swirl Machine is an interactive experience that allows users to control the fill level and swirl speed of a glass of Santa Maria Valley wine. The swirl machine then swirls the wine and spills it onto a piece of paper, creating your unique #SantaMariaStyle artwork to keep and share. It also gives you a personality profile and wine recommendations based on your art and swirl style.

From a technical perspective, this was no easy feat. Two raspberry pi’s, an Arduino, stepper motors, suction cups, lead screws, gripper arms, cameras, servers, and—oh yeah—it all had to be waterproof, bulletproof and run 24 hours a day.

As of January 2020, we've had more than 2,000 spills from 1,700 users across the globe interacting with more than 10,000 pages on the website. We were covered in publications like TechRepublic, MagPi, and Hackster.io, and Tide even shot us a tweet. We had mayors swirling, newscasters splashing and the industry got a taste of a player that they never thought could make that big of a splash.

The team that built it

The idea: Credit here goes to Bob Whitefiled, Rachel Curran, and myself. We were driving down to Santa Maria Valley for a meeting and the brainstorm that happened was the foundation for the Swirl Machine.

The construction: Shayna @ Dabblish, Jonathan Rutheiser (the real mastermind behind every element of this project), and myself. Four rounds of machines were built: The first was awesome and totally hand-powered; the second wasn't bad; the third was sweet, but failed halfway into the live demo at the Vintners Festival (whoops); and the fourth was, well, HUGE... but it worked and still is!

The hardware: Jonathan Rutheiser and countless hours of internet searches.

The creative: So much creative. From the actual studio set to the landing page to social posts and copy to the profiles that are generated from your spill. Jenna Hubert, Vy Tat, and Matthew Forsythe designed everything you see.

The promotion and media management: The social and PR team that managed the press, stoked the conversation, pinged brands and slid into reporters DMs all day long—Jancy Ulch, Lizbeth Alvarez, and Chrisie Yabu.

The client: The entire Santa Maria Valley team not only was supportive, but they helped create, refine and promote this crazy idea and never once gave up on it!

Want to know more about our workflow? Swirlers visit santamariavalley.com/swirl, a single-page React application hosted in AWS. After joining the swirl queue, users choose their pour and swirl levels. While in the queue, users can watch a video feed of everyone’s swirls, courtesy of camera one. Once it’s a swirler’s turn, they are taken into the full-screen live mode to watch their custom #SantaMariaStyle art come to life.

To initiate the spill, the gripper arm—a servo equipped with a suction cup attached to a venturi powered by an air compressor—moves down to grab a sheet of specialized watercolor paper. The arm brings the sheet up to the paper holder, where it’s clipped into place by a custom gripper. The Arduino then commands the stepper motor, which turns a lead screw and moves the paper to its proper location: the splash zone. That's when the magic happens. The Arduino commands the pump to fill the glass to the user’s selected level. Once filled, the system begins to swirl at the user's selected speed.

Once at max speed, the system triggers the actuator to fire, launching the swirling glass forward and splashing wine onto the paper. (We basically automated Jackson Pollock.)

During the fill and swirl, camera two records the process, uploading the footage to Amazon S3. The stepper motor then spins the lead screw into the final position—in front of camera three—to capture a photo of the art. Now, wet paper isn’t perfect. It curls, it bends, and it shifts. The camera sends the not-so-great photo to an AWS Lamda worker for processing. It detects corners, filters out imperfections and brands the image. The final deliverable is a perfectly cropped, completely unique piece of art that a swirler can cherish and share.

Art tells a story, and Santa Maria Style art tells the story of the user. Once all is said and swirled, users are taken to their custom landing page, where they can download their artwork, their footage from the splash cam and a Swirl-nalysis profile based on their art.

Finally, the hardware resets. The gripper drops the paper, the wine glass goes back to its starting point and the machine sets up to do it all over again.

From day one, this project was a nightmare—finding paper that would actually hold a spill, finding a device that could throw the wine. Heck, the sheer volume of moving parts and the fact that we were using liquid was enough to halt the project. Seriously, this project was built to fail. Yet somehow, the failures were not too much to overcome. Here are a few of the best failures:

You know that moment when you are so frustrated with a problem you want to throw something and then boom—it works. We had so many of those:

Overall, the Swirl Machine was an amazing project. The team discovered way more than we set out to (or even wanted to) learn. But outside of the growth and the numbers, I watched an organization get behind a project, speak perfectly about the brand and why this fits, and get excited about marketing.

However, the numbers were also a big win and they're still rising.

And we're still rolling! (Or, rather, swirling.)