COVID-19 brought the world to a grinding halt—and the tourism industry was no exception. When California reopened with leisure travel restrictions, Santa Maria Valley put its money where its mouth was.

As we stayed home to protect ourselves and our families, tourism was critically impacted. When travel resumed in California, we knew Santa Maria Valley needed to be top of mind. Since this corner of the Central Coast is usually less crowded than other regions, it would be easier for people to support local businesses safely.

The campaign conceptualization started in mid-December 2020 and we executed it in early February 2021. Our promo requirements were as follows:

It’s worth repeating that the stimulus gift cards sold out within four days. We ended up awarding 613 qualified entrants (because applications were coming in faster than we were able to take down the landing page).

Here’s how we made it happen:

What better place to generate a buzz for the Santa Maria Valley than social media? A flux of Twitter, Facebook, and Instagram posts made it possible for many of us to escape to welcoming wineries and sandy shorelines. On February 1st, we launched the campaign on Facebook and Instagram to drive people to the sign-up landing page.

But the promotion also gained organic traction. One TikTok user featured the stimulus gift card and his experiences in Santa Maria Valley in a four-part series that gained over 111,000 views.

In addition to the social posts and a press release KPS3 sent out, we hit big with local, national, and international outlets. Some of the most well-received articles were in CNN, SFGate, Travel + Leisure, and International Business Times. A two-part video was also featured on NBC Nightly News.

We learned that going against the grain and giving people $100 can bring people together safely. Eat your heart out, Napa County. 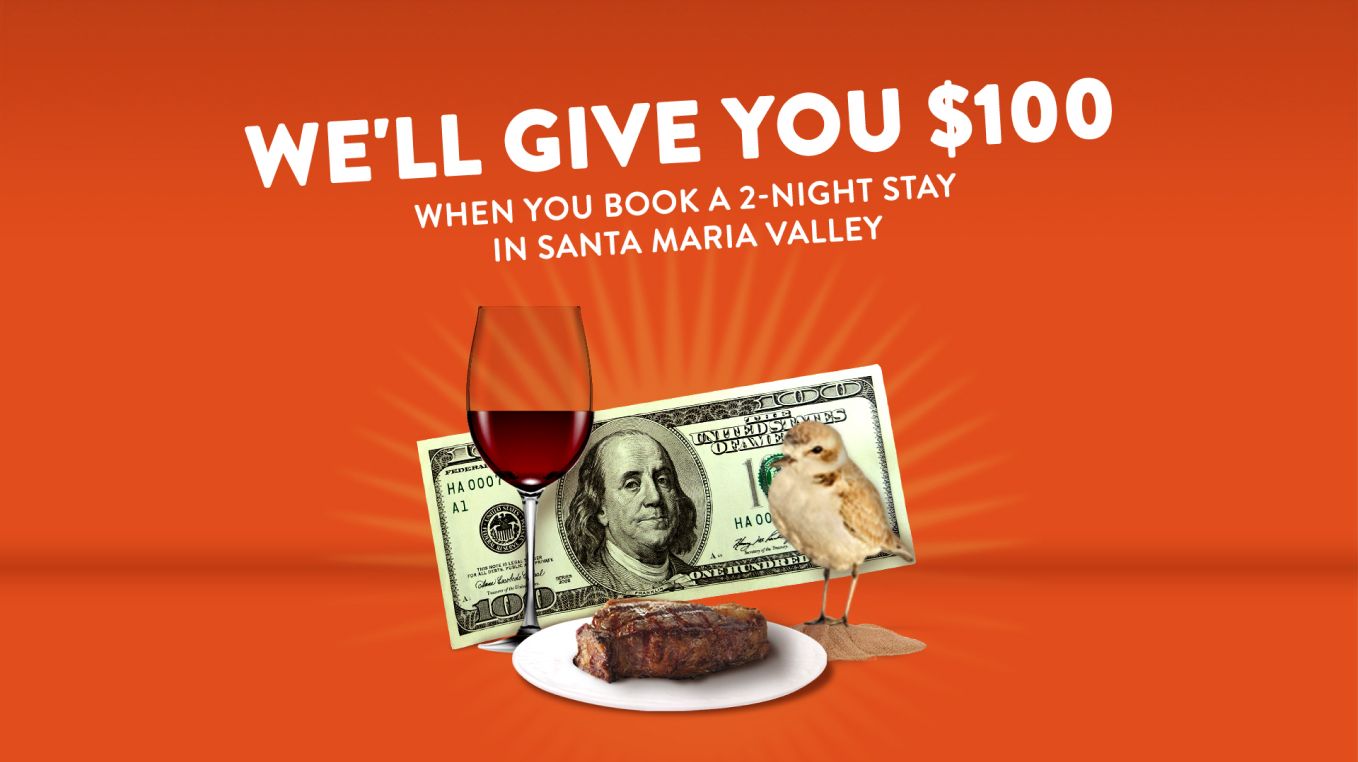 When travel resumed in California, Santa Maria Valley needed to be top of mind. That’s why they offered $100 gift cards to the first 500 people to book a two-night stay in Santa Maria Valley—and it sold out within four days. 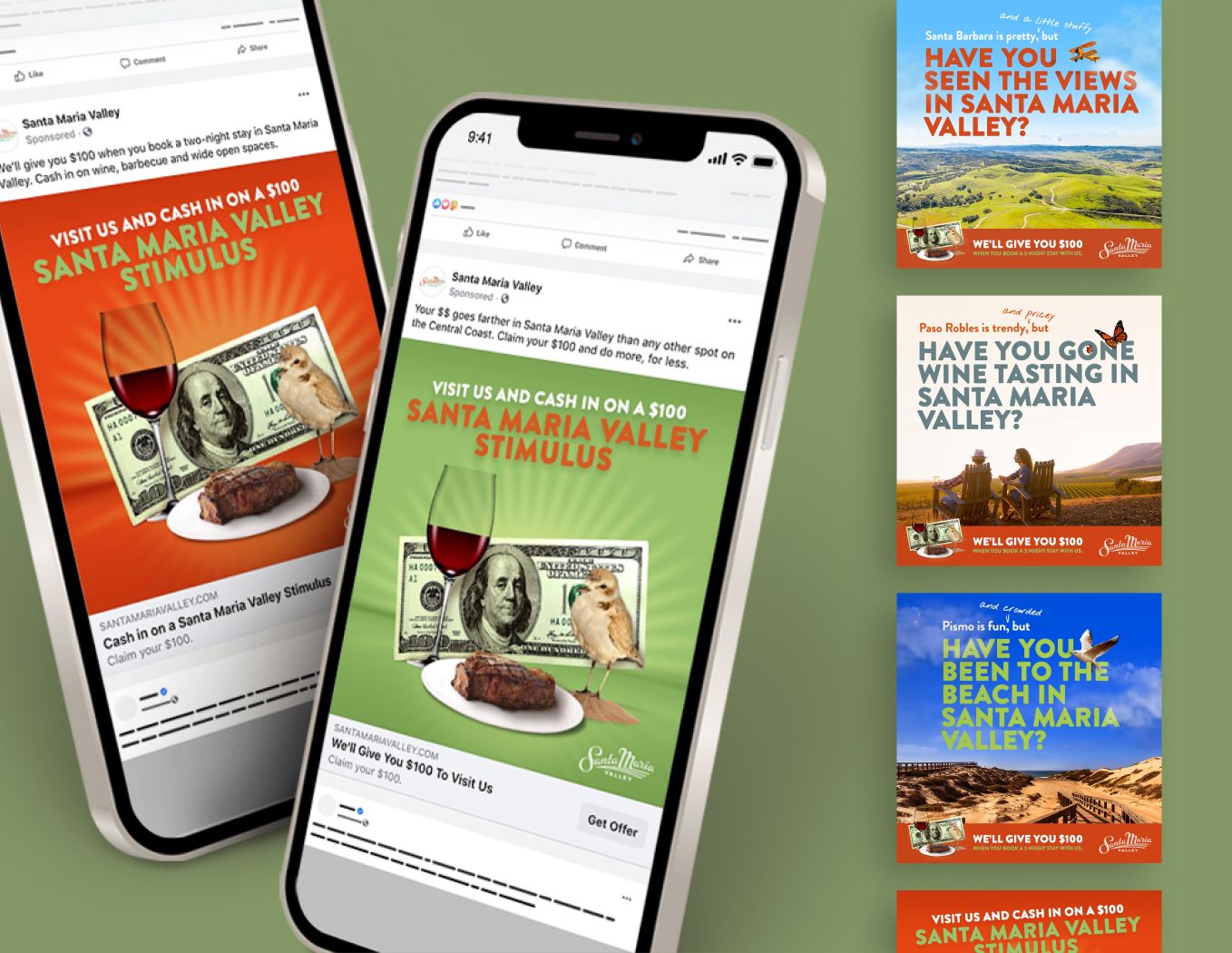 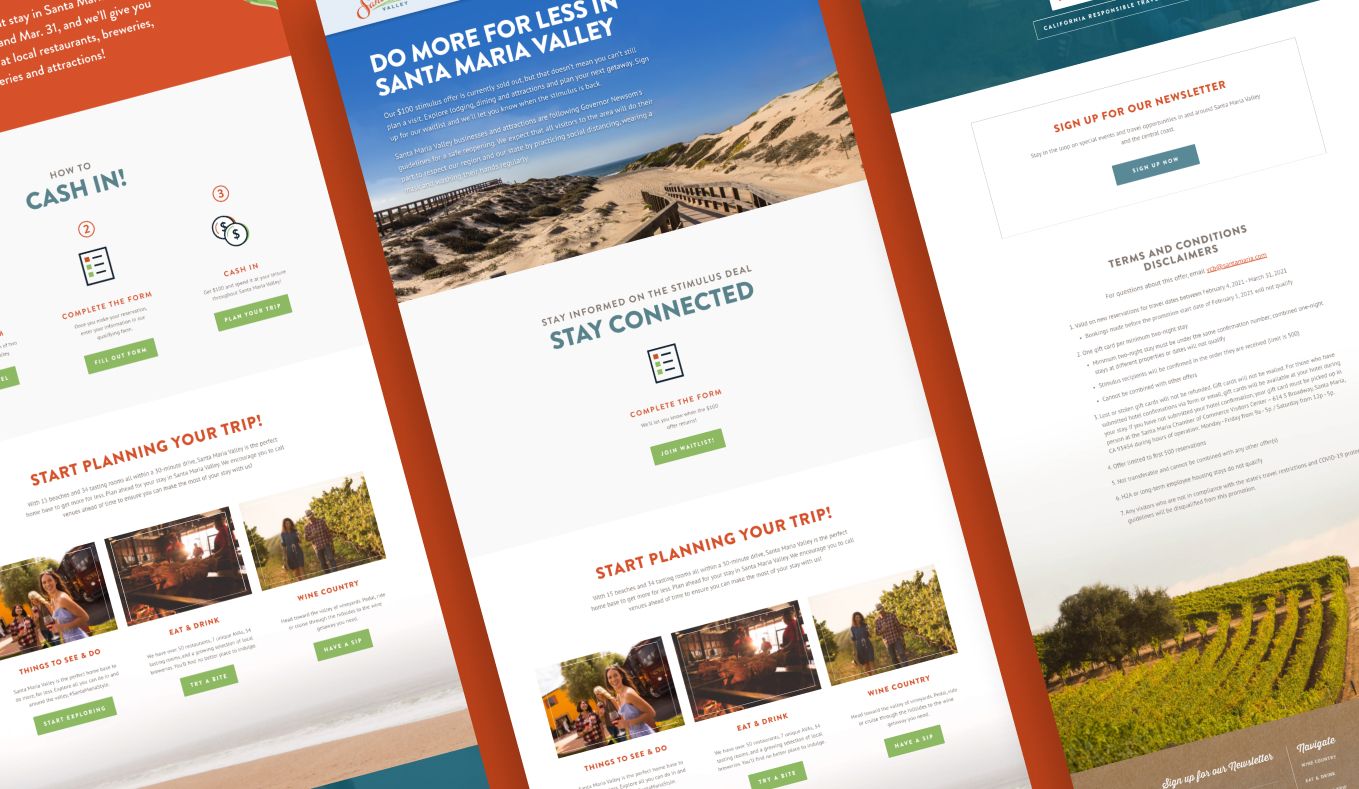 What’s better than chocolate on your pillow? The welcome packages prepared by the Santa Maria Valley Tourism & Marketing District (TMD) team were pretty sweet. Delivered to hotels every week, it showed Santa Maria Valley treats its visitors like family. 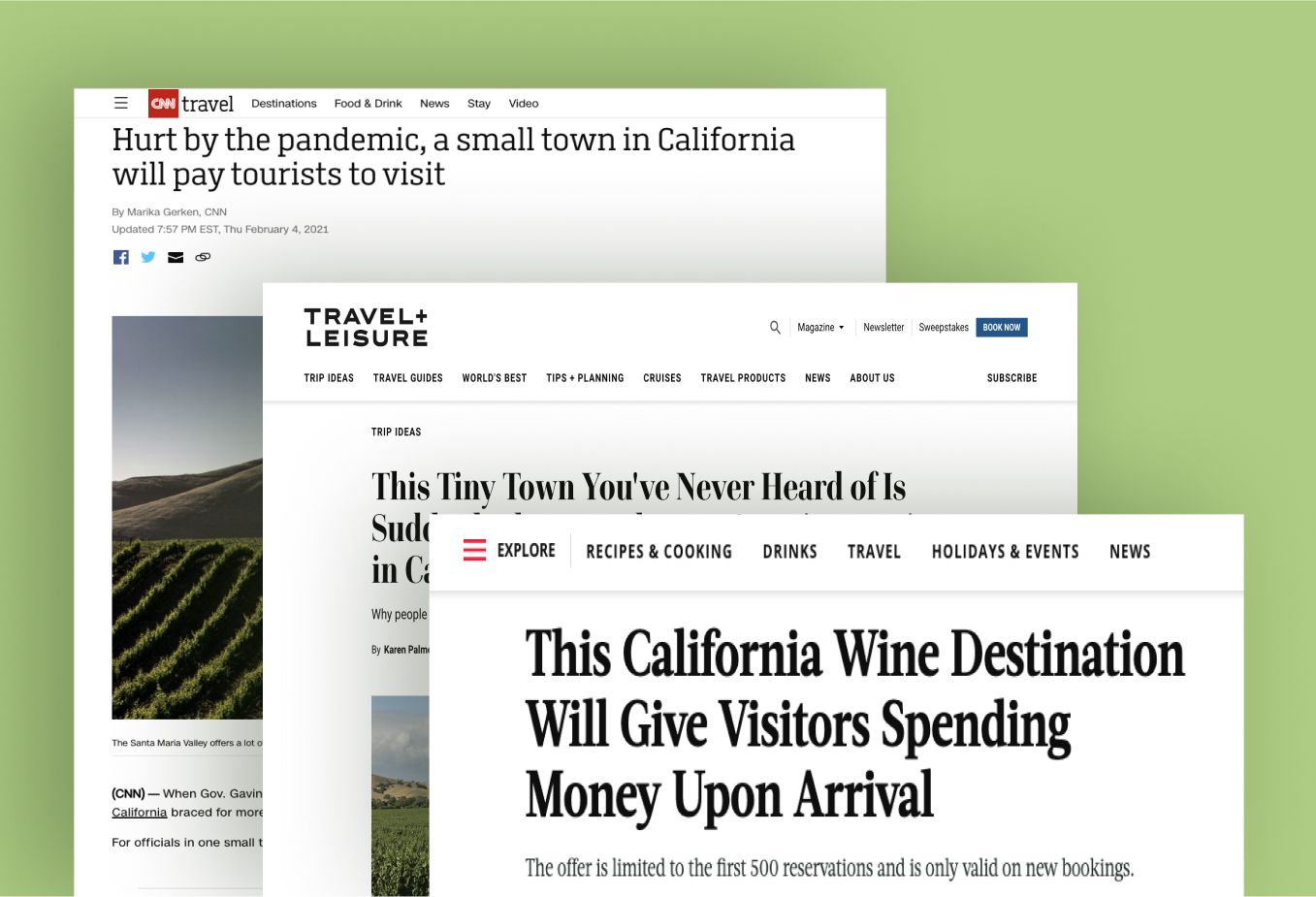 Though participants were limited to a 120-mile radius, the team made sure everyone felt the love. They responded via email to each of the 600+ gift card recipients, and they let the 2,500 others on the waitlist know that they’d be the first to hear about future deals. 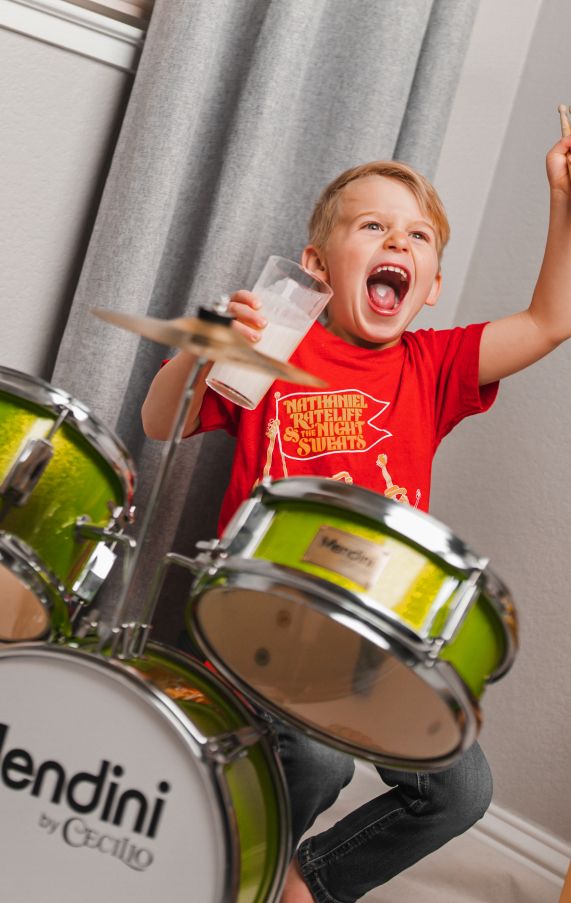