Mask on and Move Forward, Together

Life pre-pandemic seemed like a distant dream. But it was obtainable—if we could band together with safe COVID-19 practices. The first step: increasing public awareness and education.

By now, we’re all aware of the difficulties local communities faced to stop the spread of covid.

As we watched the numbers climb across the world, Washoe County municipalities pulled together and reached out to develop an integrated campaign that would help slow the spread of the virus. They reached out to key strategic partners, including KPS3, and together we got to work trying to flatten the curve.

While our team was aware of how COVID-19 was impacting the world and our community, there was a desire to dig deeper into what people were thinking and how that was driving behaviors. Along with another strategic partner, we conducted in-depth Zoom interviews with government employees from Washoe County 311, City of Reno’s Reno Direct, the City of Sparks customer service department and leaders within the community. Through all of our conversations, it was very evident that people were confused about what they needed to do and were scared about their loved ones’ well-being. Additionally, as the pandemic continued into the summer, mask fatigue was setting in and people began to let their guard down.

It was easy to see that the target audience was literally everyone within Washoe County, but with limited resources, we had to be strategic about our approach. We began looking at the data and identified the following key audiences: Latino/a community, college students and millennials, essential employees and business owners, and the elderly. Once our focus was narrowed, we developed our integrated marketing plan and worked quickly to roll it out to the community.

Mask On. Move On.

A creative campaign was developed that relied on local personalities and a tone that was less “do as I say” and more “do as I do”. We wanted to empower the community instead of scaring them. Messaging and visuals were created that broke through the noise and misinformation. “Mask On. Move On.” was a rally cry to get people to wear a mask, wash their hands and avoid gatherings so we could get our lives back.

Washoe County also has a large Latino/a population and this community was disproportionately affected by COVID. Through our research, we identified that the English “Mask On. Move On.” campaign headlines would not properly translate and would cause even more confusion for this audience. So we created a campaign that would resonate with Spanish-speakers while complimenting the “Mask On. Move On.” campaign. In addition, to the campaign name, “Pon De Tu Parte”, we also wrote very specific copy that aligned the issues and concerns of the Latino/a population, pitched Spanish-speaking news outlets, created Spanish-language resources, ads and a landing page that would help Spanish-speakers find the information they needed to keep themselves and their families safe.

Getting people on board

With the campaign in place, it was time to roll it out and engage the community, and unify the voice of three local municipalities and the Health District. Our goal was simple, we had to earn the trust of residents so that together we could make the community safe. KPS3 led the charge on integrated public education campaigns by rolling out “Mask On. Move On.” and “Pon De Tu Parte.” The campaigns kicked off the week of October 26, 2020 and we hit the ground running.

Throughout the campaign, we developed a constant drumbeat of information about what residents could do in their daily lives to keep themselves and their loved ones safe. We knew people needed to see the message multiple times in order to change their behavior. So we embarked on a multifaceted approach including public relations, community outreach, TV, radio, print, digital advertising, billboards, social media, influencer relations, campaign activations, direct mail and much more. The creative featured local residents and we used real stories about how people were doing their part. After all, a campaign about the community should involve the people within it.

During the pandemic, people were tuning in to media outlets and staying connected with social media to learn the latest information about the virus and how they could stay safe. We worked with every local media outlet (English and Spanish) to share the latest information and human interest stories about how people and businesses were being impacted by COVID-19. Throughout the eight month campaign, we secured nearly 50 stories, which greatly contributed to the community’s knowledge about how they could do their part to help slow the spread.

The campaign also included a robust community outreach plan that called for a boots on the ground approach. We worked closely with community leaders to share important information about where to get tested and–when the vaccines became available–where to get the free vaccine.

Additionally, we created a toolkit that included posters, flyers and social media assets for businesses to use. The toolkit gave the business community the opportunity to have a unified voice as they informed their customers about how to stay safe, while also keeping their employees safe.

Information about the virus and protocol changed quickly and we knew we needed to stay connected with the community in real time. We created and managed two Facebook pages (one in English and one in Spanish) and an Instagram page. These channels were used to share up-to-date information and encourage community members to show how they were staying safe and following the health guidance. We also shared stories of hope and encouragement from local influencers. Organic social media drove impressive results:

To say this plan was well-received is a bit of an understatement. Community members rallied behind the campaign, from TV anchors to radio hosts, social media influencers to business owners— it was met with gratitude and enthusiasm. The custom-designed “Mask On. Move On” face masks became the symbol for the united effort.

A large part of our strategy also included advertising. We used both digital marketing (social media assets and landing pages) plus traditional advertising (billboards, banners, TV, radio, direct mail, sidewalk chalk art, and out of home) to share our key messages. Our paid media strategy focused on garnering the greatest reach to our target audiences and the largest frequency possible within the allocated budget. By the end of the campaign, we could confidently state that every single home in the area was reached by the campaign. Washoe county has a little over 460,000 residents. These stats show that our reach wasn’t just far and wide, but concentrated and steady:

What made this campaign land with the community came down to using real people to share their real stories. We didn’t sugar coat the challenges, but put the focus on the stories of those doing their part for the community. We interviewed local businesses—including BJ’s BBQ, Coffee N’ Comics, Vaughn Middle School, and Aerial Equanimity—to create compelling, emotional videos to show how the pandemic affected them. Each short story demonstrated personal resilience and how to adhere to COVID-19 guidelines while safely interacting with people. The videos were used for social media, paid digital advertising, and the BJ’s BBQ spot even aired on broadcast.

Throughout the campaign we were diligent about using paid, owned and earned media. One way we enhanced our earned media was to execute campaign activations. Our goal was to give people the opportunity to engage with the campaign in real life and in real time–safely. One of our activations included two local chalk artists leaving “Mask On. Move On.” on sidewalks of areas that were COVID hotspots.

We also took local landmarks and added masks to them. Although it was a serious topic, bringing some levity to how everyone needed to wear a mask helped deliver the message.

A great deal of thought, care and time went into this campaign. KPS3 wanted to do our part by creating not just one, but two effective campaigns that would help keep our community safe. Overall the campaign generated 43,047,166 impressions over an eight month period. Many KPS3ers live in Reno, Nevada and we felt an immense sense of pride as we saw our work painted throughout the town and to hear our fellow residents talk about the stories we placed and the impact it made. 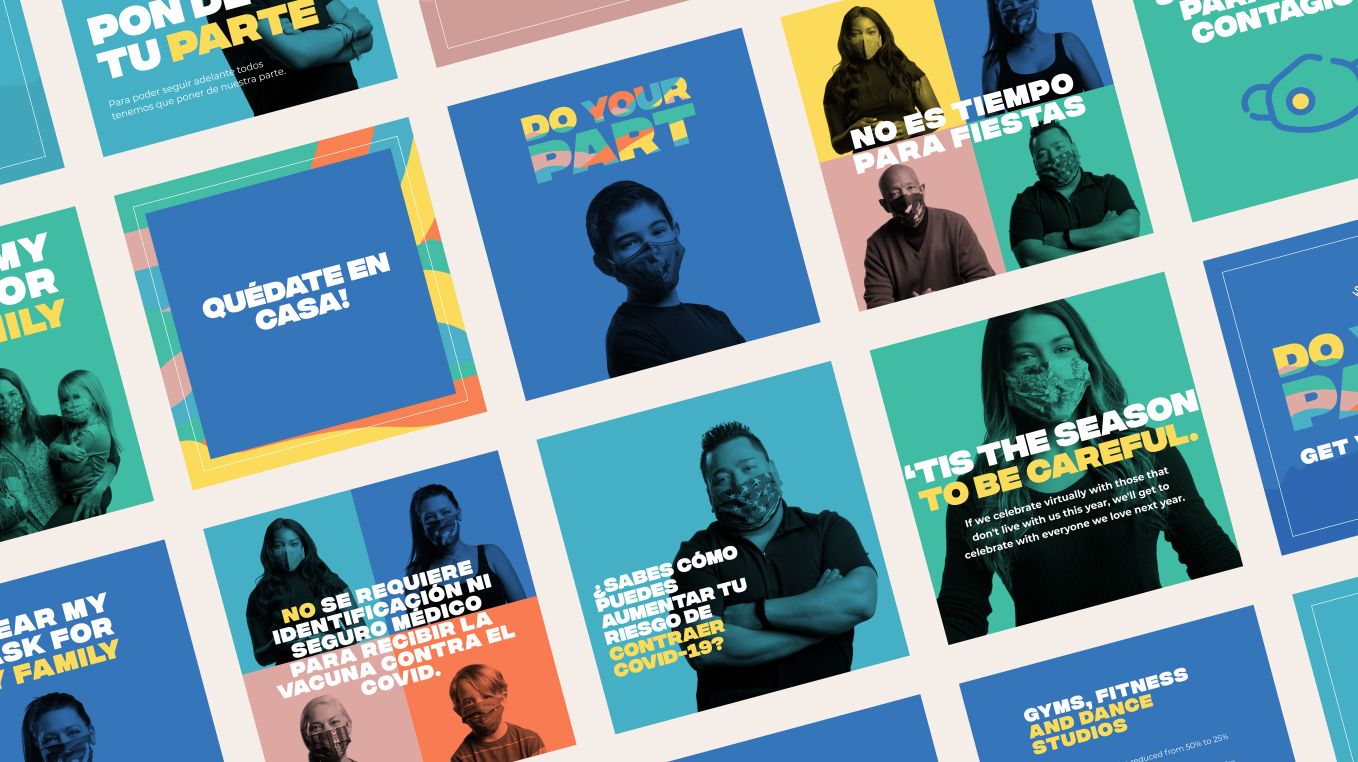 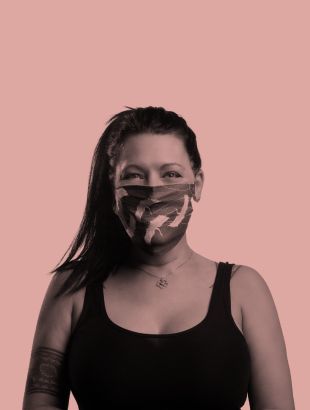 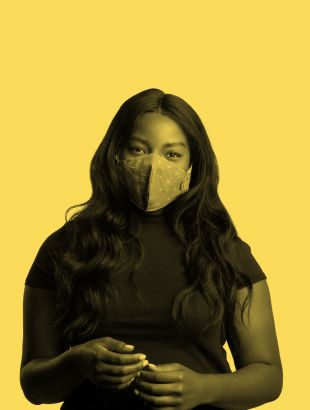 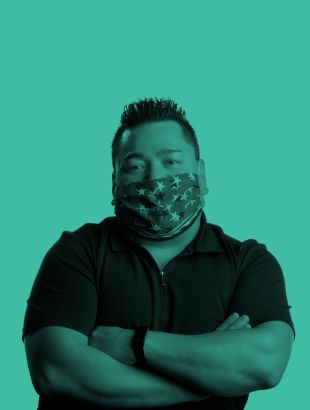 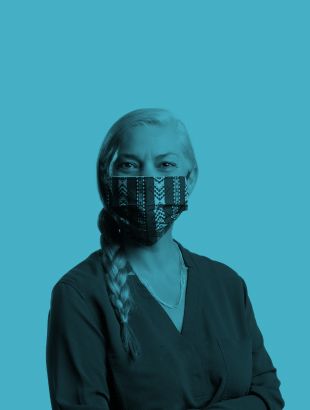 Doing our part, so you can do yours

If returning to life as we knew it was the dream, we’d say this was a step in the right direction. We partnered with three municipalities, one health district and two strategic partners to create and implement a human-focused creative and an integrated marketing and communications approach. 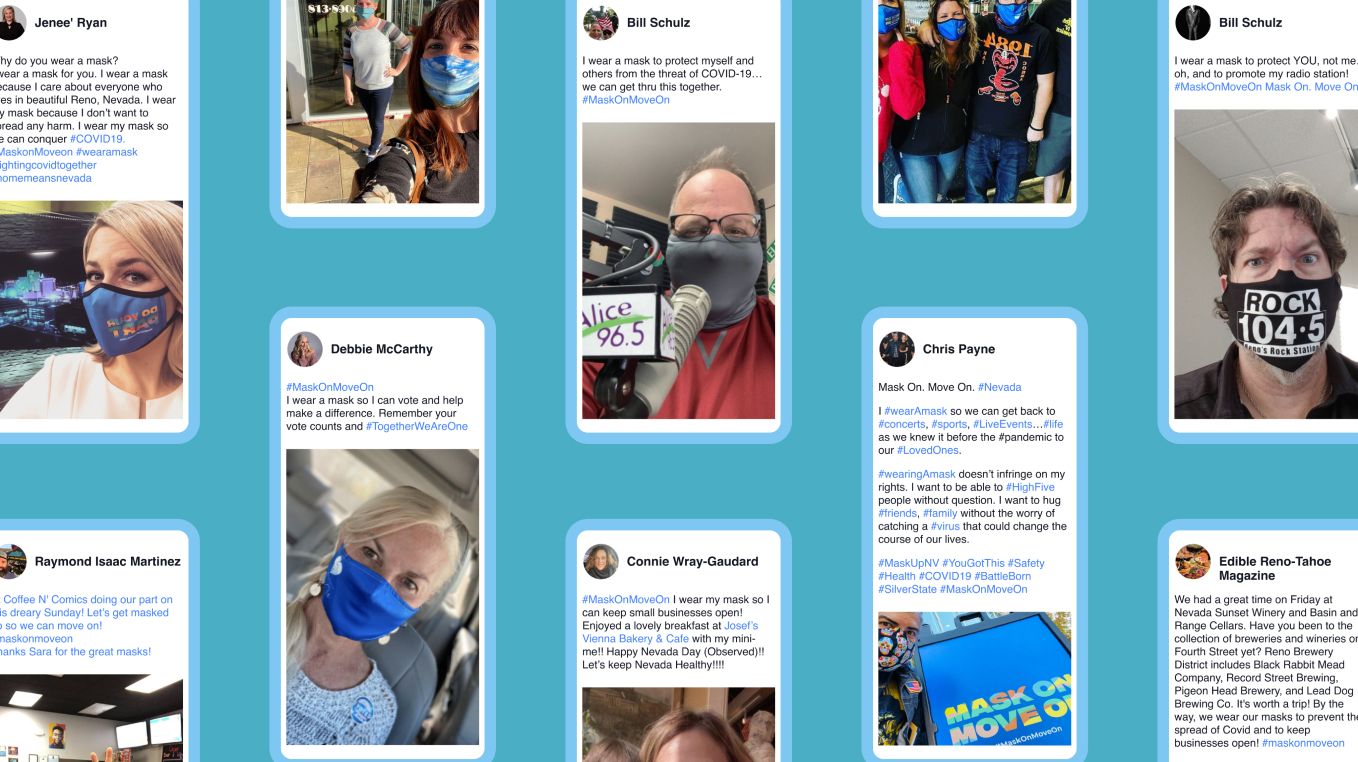 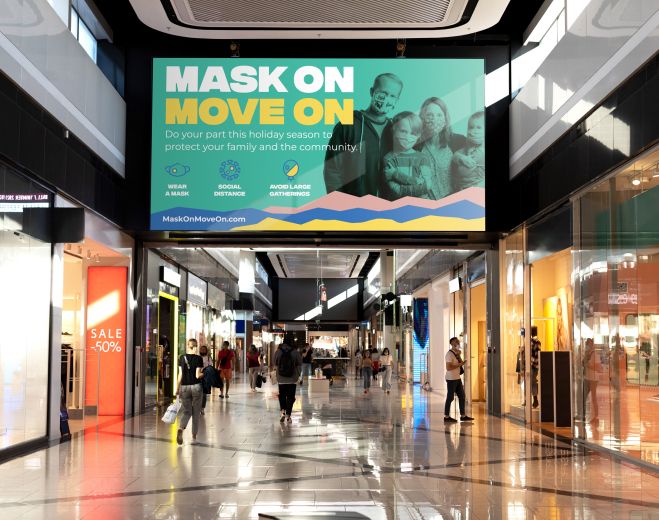 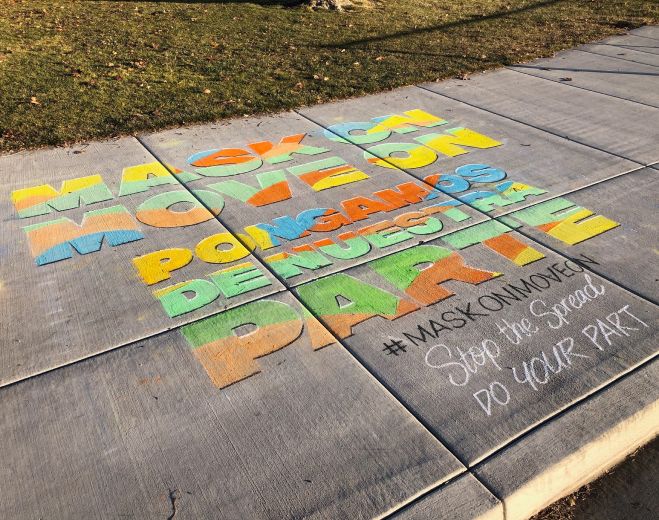 To support one another and local businesses, we promoted the CDC’s safety tips: Wash your hands, wear a mask, social distance and avoid large gatherings. 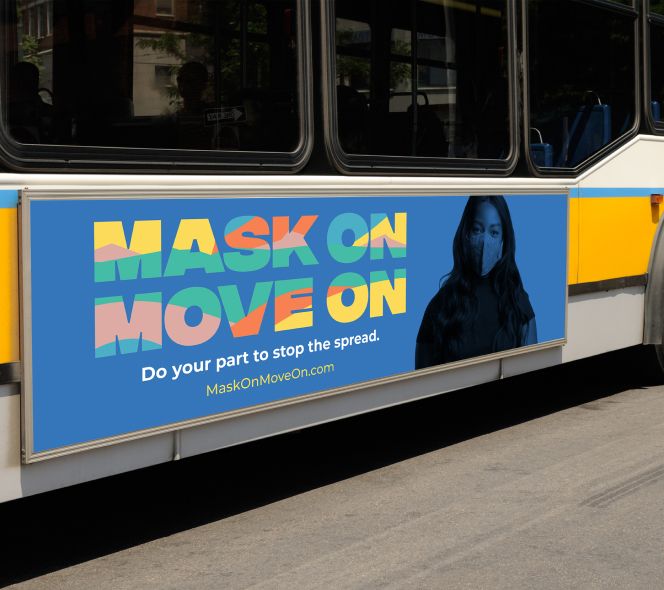 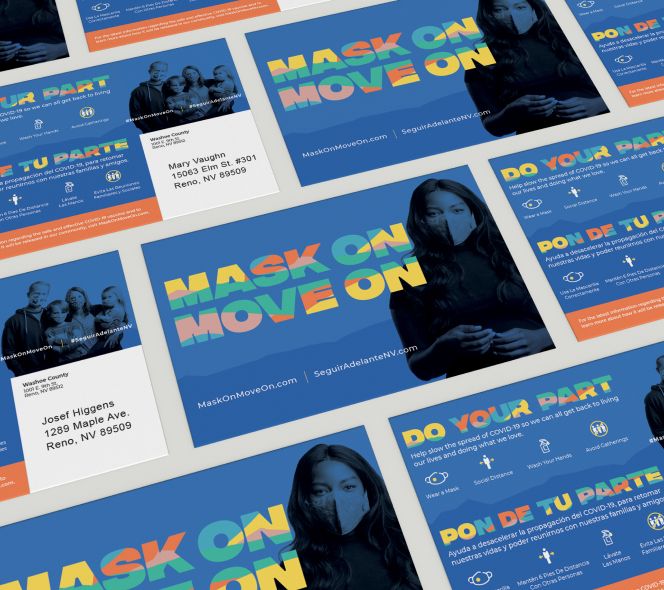 Research showed the Latino/a community was disproportionately impacted by COVID. We created a unique campaign for Spanish-speakers that connected with the audience. 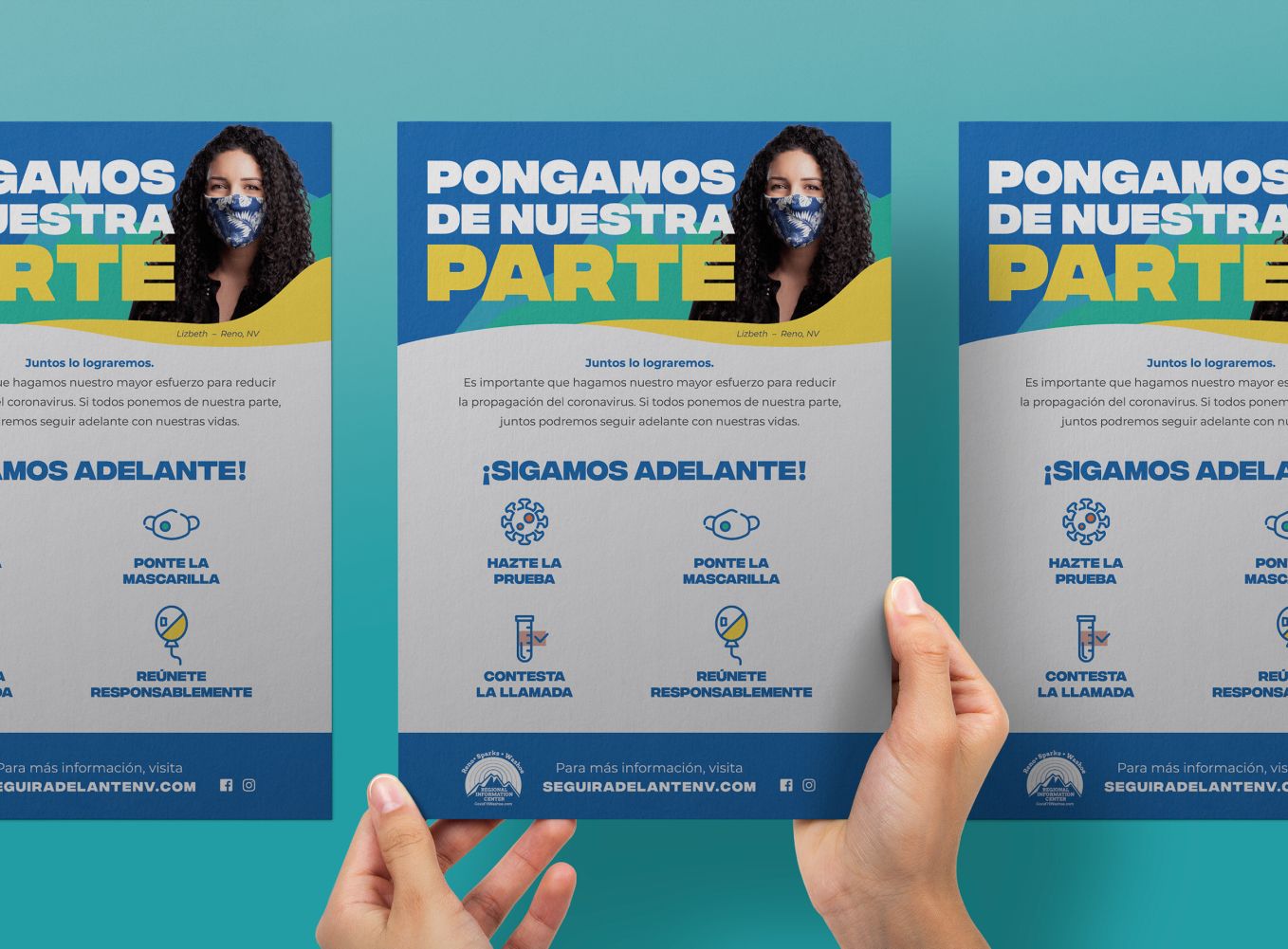 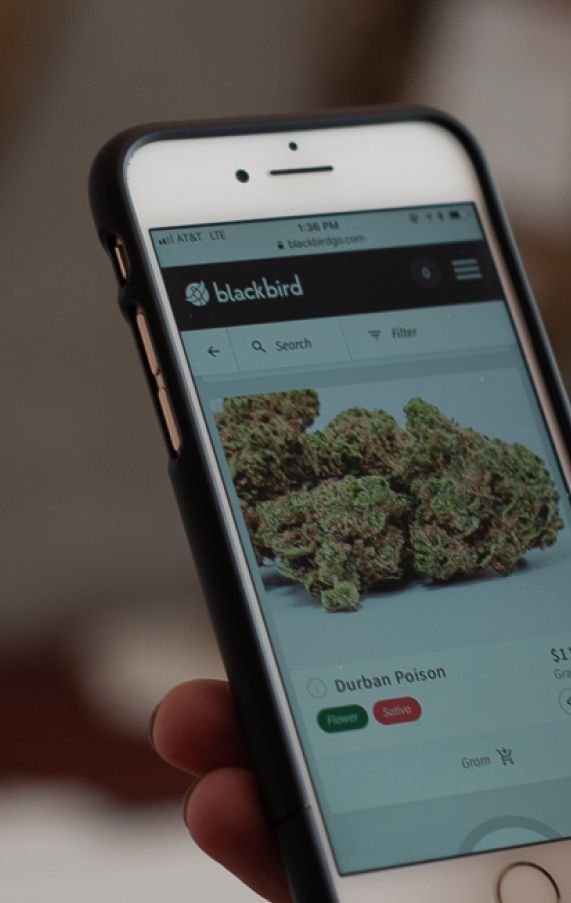 Accessible Cannabis Before it was Cool