We Don't Phone it in, but We Mail it in

A statewide marketing and branding campaign to encourage our fellow Nevadans to vote by mail during the primary election cycle… and during a global pandemic. Did it work? You betcha.

To protect the health and safety of Nevadans (and to slow the spread of COVID-19), the Nevada Secretary of State partnered with 17 Nevada counties to conduct a mail-in vote for June’s primary election. The intention behind the “Mail It In, Nevada” campaign? Create awareness of the mail-in election and educate Nevadans on how to cast their votes in the most underrated way: by mail.

We needed a campaign that people could get behind and that ultimately broke through the political noise all around us. That’s where the theme of whimsical empowerment came in. Mail It In, Nevada highlights the most important part of our message: You can mail in your ballot. It’s quick, straightforward, and catchy.

We wanted to design and launch a campaign focused on those who make up our community. After all, our government is made up by and for the people.

To do this, we had to educate and motivate registered voters in Nevada. With the changes in our day-to-day lives due to COVID-19, we knew our audience needed another reason to get out of bed. (And out of their heads.) We strove to connect with them like we do anyone else: in a light-hearted and approachable way. By positioning our “every day” (albeit exaggerated) voter personas to model the behavior we want to encourage, we made the campaign interesting. We spun a story about how to mail in your vote the right way: from the comfort of your home.

It was an accelerated timeline. We had 60 days to make this campaign happen. And, not only did we bring it to life, but we also kicked ass with it. This primary election’s voter counter was way higher than ever before with 98% of the Nevada population voting by mail.

Our strategy was 50/50 between traditional marketing and community involvement. What better way to interact with our fellow Nevadans than with tools they use every day? Let me explain.

Can you believe TV consumption skyrocketed due to the quarantines? Of course you can—we were all doing it. (Some of us even got through 30 seasons of reality TV… Pleading the fifth on who.) Because of this, TV was the medium of choice for our traditional marketing efforts.

We’re all about using USPS to its fullest extent. That’s why we also sent direct mail to voters aged 65+ who participated in the last three out of four elections to make sure they were aware of upcoming changes. Our oversized postcards were not only eye-catching, but relatable to convey how mail-in voting is done by people just like you and me.

On digital, we ran display banners, Facebook ads, and video pre-roll. Overall, this generated over 15 million impressions in a short time (30 days to be specific). I’d say that’s a message well-received.

Bringing socializing back to social media

Ah, another place where we increased their screen time (and diminished our eyesight). Many people on social media were very vocal about their opinions—both positive and negative—on mail-in voting. Disinformation is #real, which is why we made sure we acknowledged concerns like whether or not voting by mail is safe.

The campaign’s Twitter efforts received two boosts: one from Governor Sisolak and the second from the “Trump Bump.” That’s the moment when President Trump mentioned the Nevada primary election was moving to mail-in on May 20th.

With nearly 150 stories based on proactive media campaign endeavors, “Mail It In, Nevada” and mentions of the primary election reached 11.1 billion unique visitors per month with a total of $20.5 million in publicity value. (That’s a stat worthy of a mic drop.)

We were on a mission to connect with other Nevadans—and we did so by partnering with communities around the state. Our PR team reached every major Nevada news outlet, rural newspapers, and more. There was even national coverage of our efforts included in outlets like NBC News, MSN News, CBS News, San Francisco Gate, and Sacramento Bee.

KPS3 reached out to more than 550 prominent people, businesses, agencies, and institutions in the state of Nevada. We also had 20 organizations that shared information, such as the City of Las Vegas, NV Energy, and Reno/Sparks Chamber. We led and managed 27 user-generated influencer videos during the campaign to showcase community leaders’ support for mail-in voting. This list included city mayors, former governors, and large businesses.

Our surveys showed 25% of voters were hesitant on mailing in votes because of potential fraud. To ease these concerns, community leaders led real-time Q&A sessions to answer Nevadans’ questions. We emphasized that this was a temporary yet convenient method to vote while preventing the spread of COVID-19.

Really, what we want you to remember is that your opinion matters. Make it count. 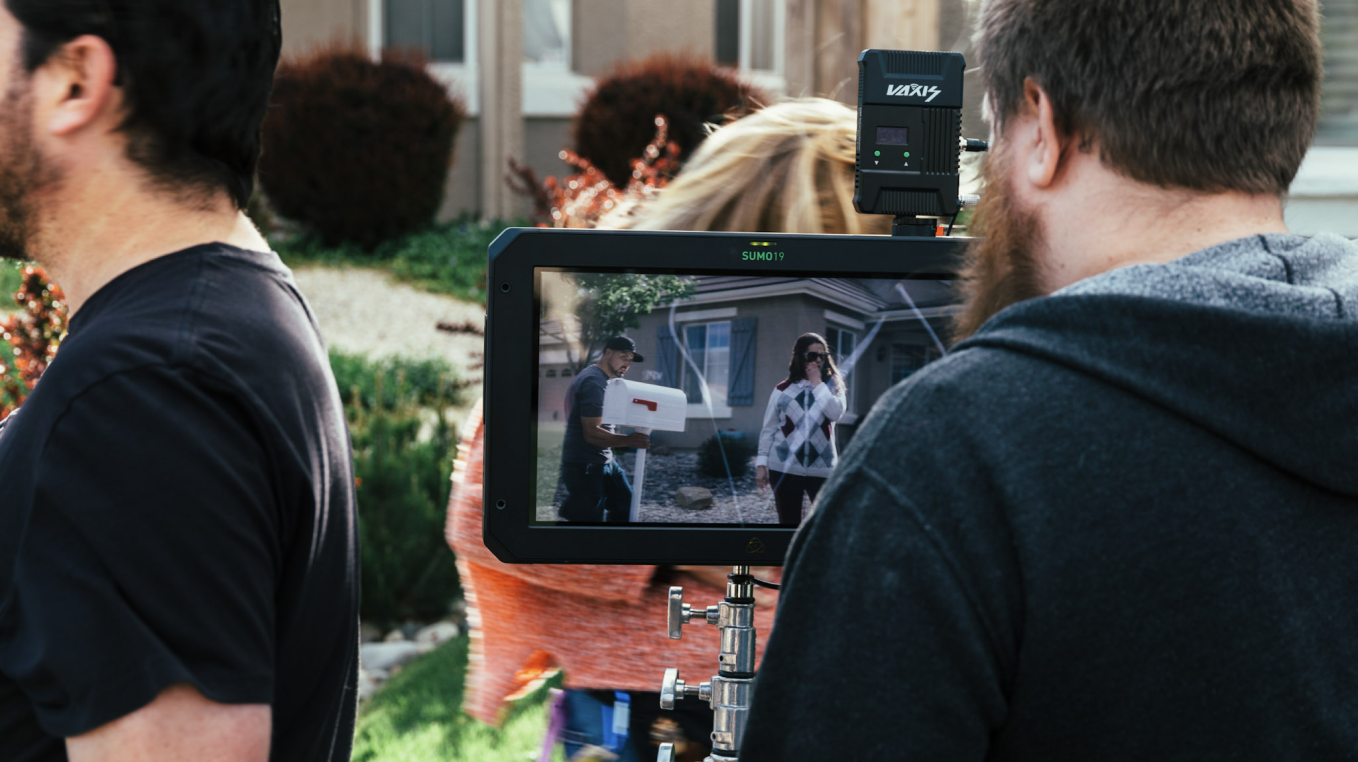 We had stickers. We had stamps. We had our three, do-it-all personas all over the place, supporting the secure process of voting by mail. 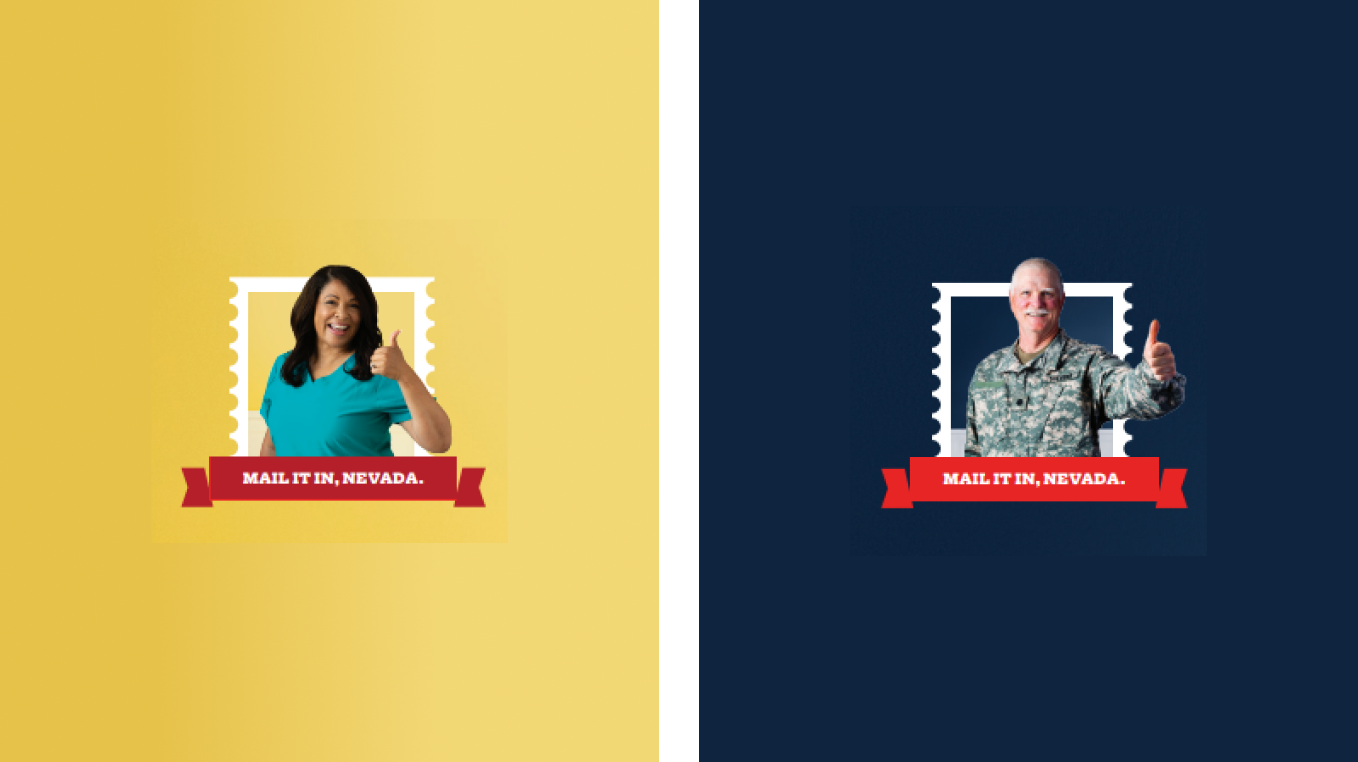 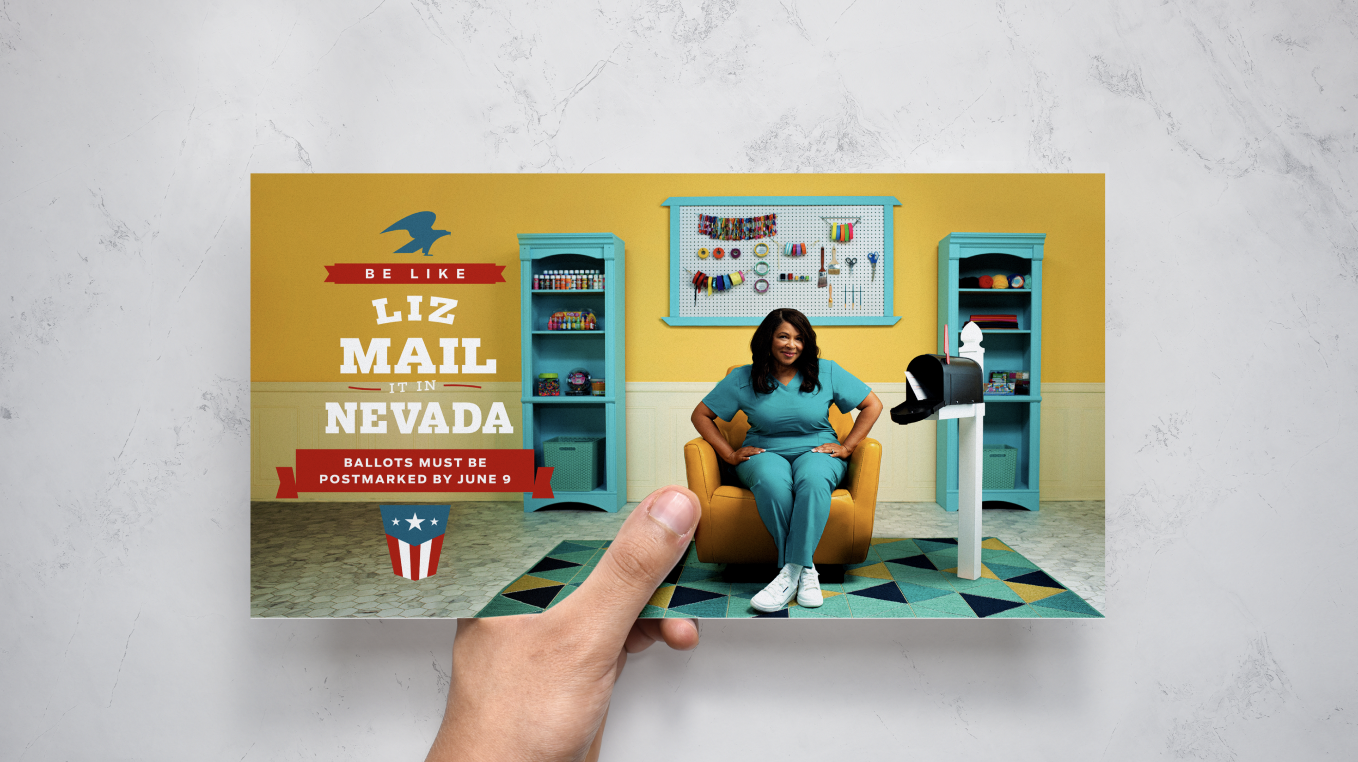 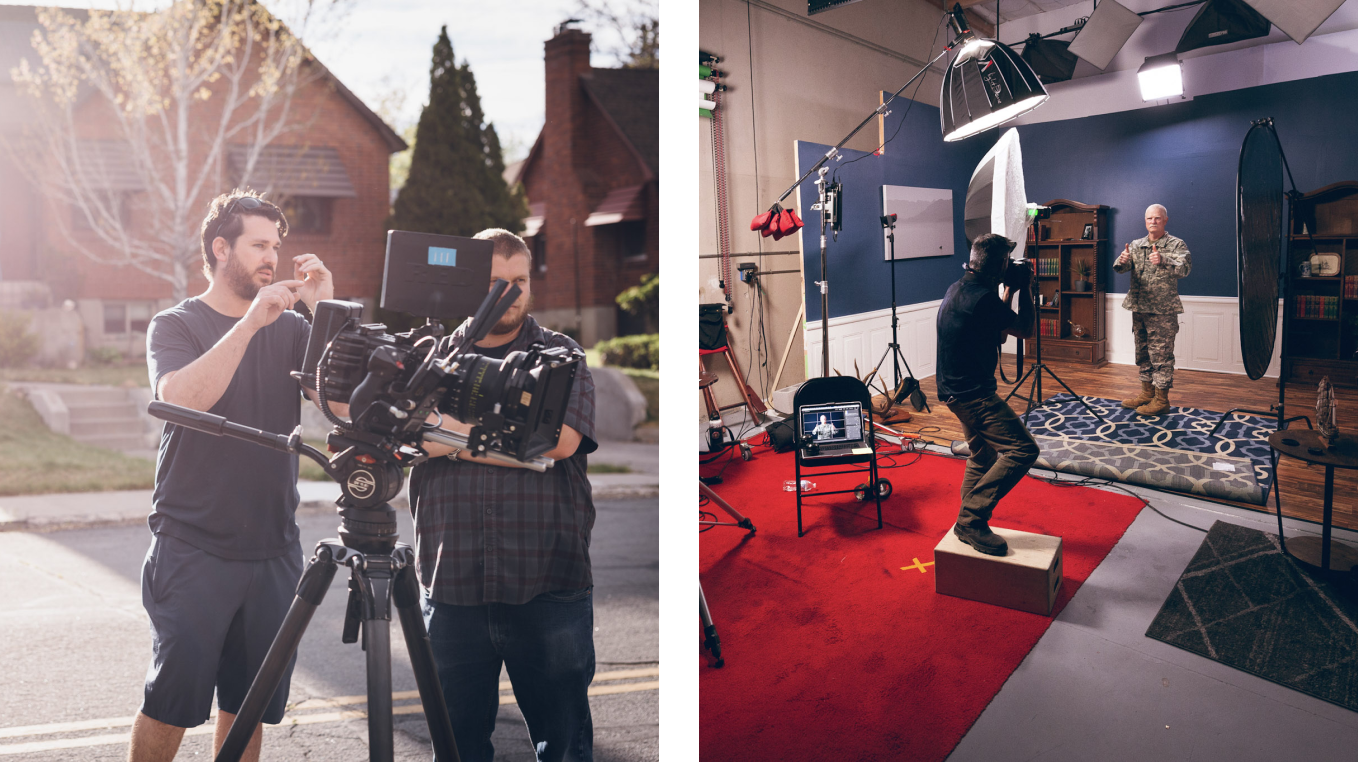 From your neighbors to your chefs to your elected officials, our campaign was hyped up by all. Voting for the good of our community crossed party lines and brought us together. 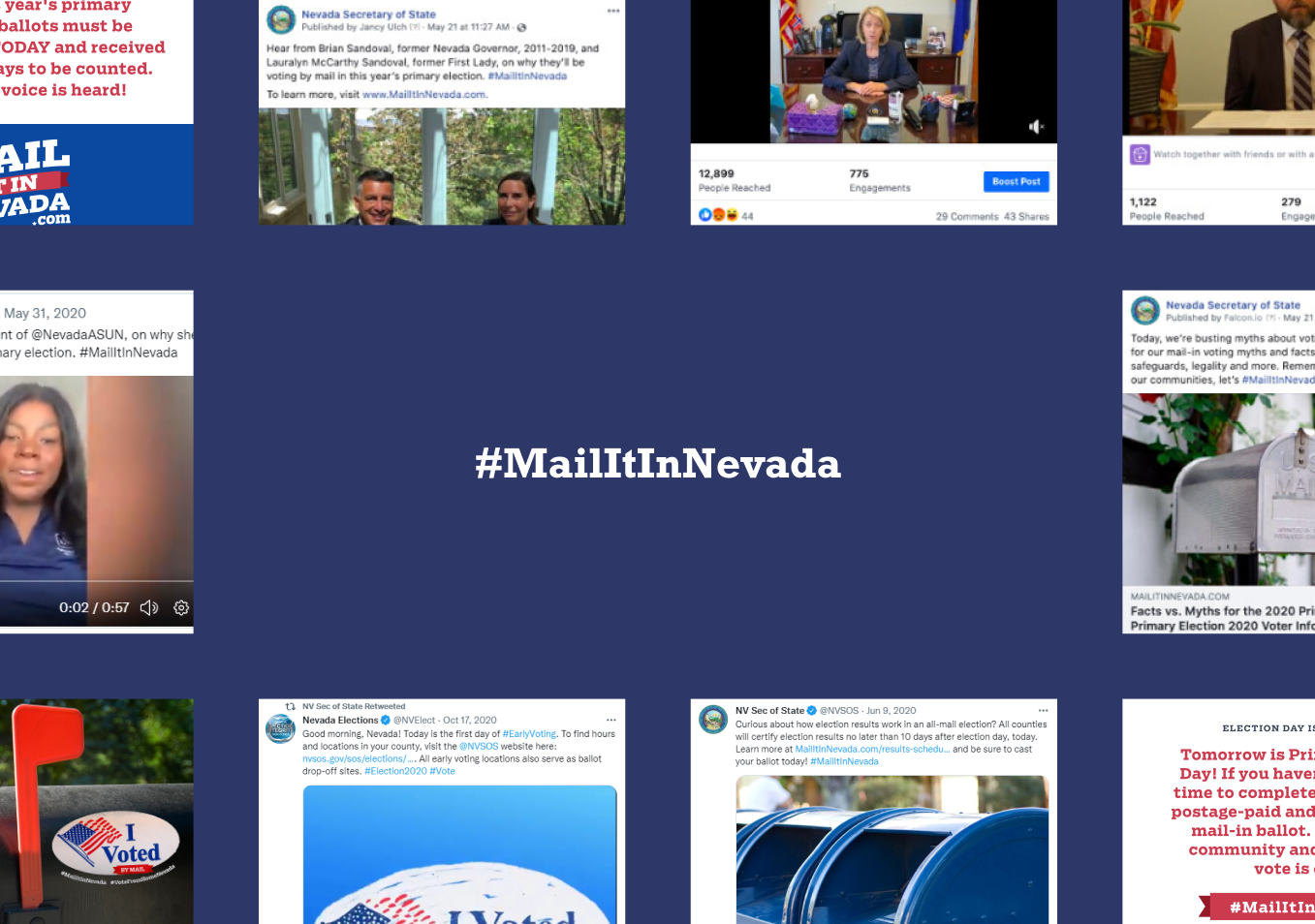 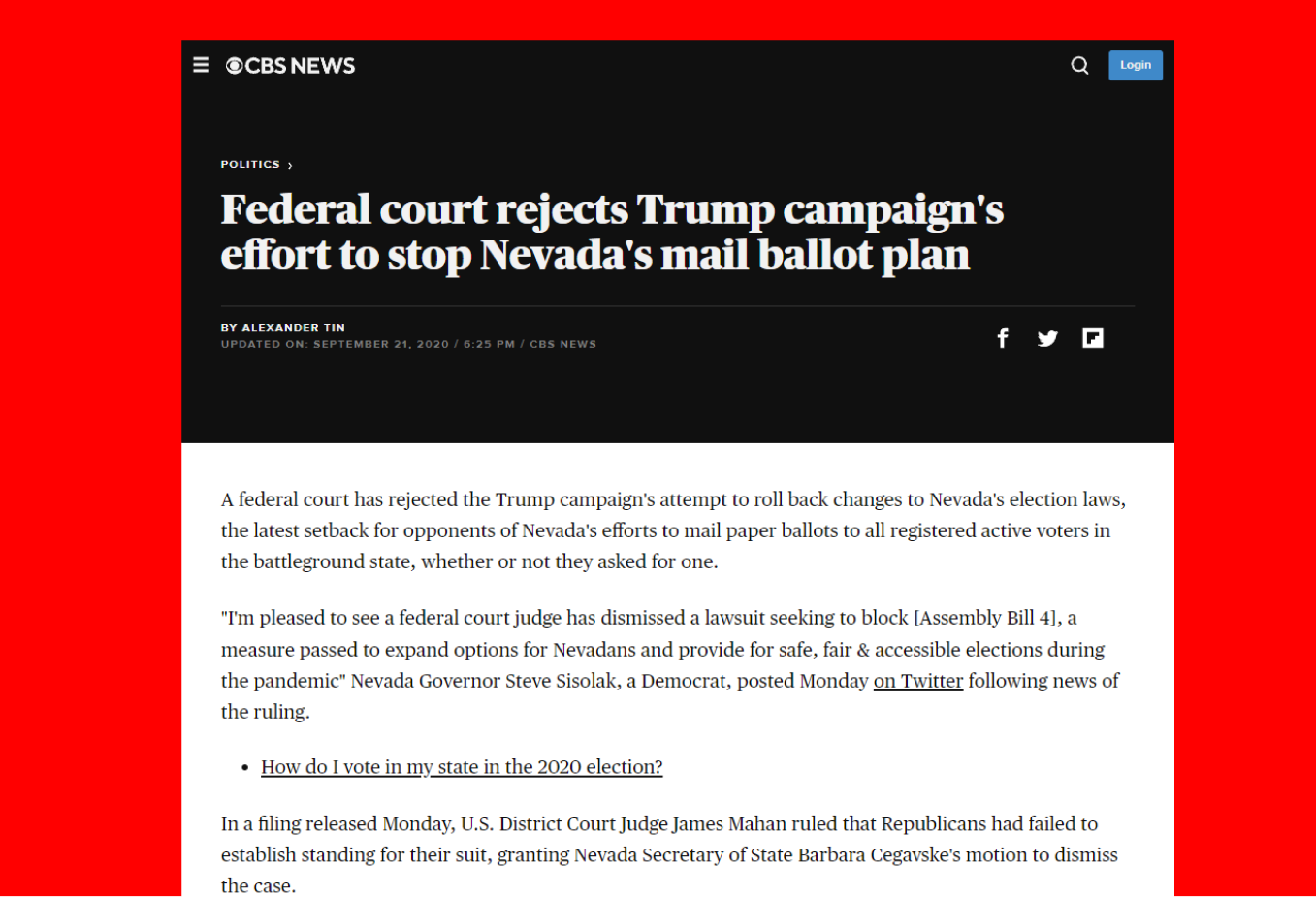 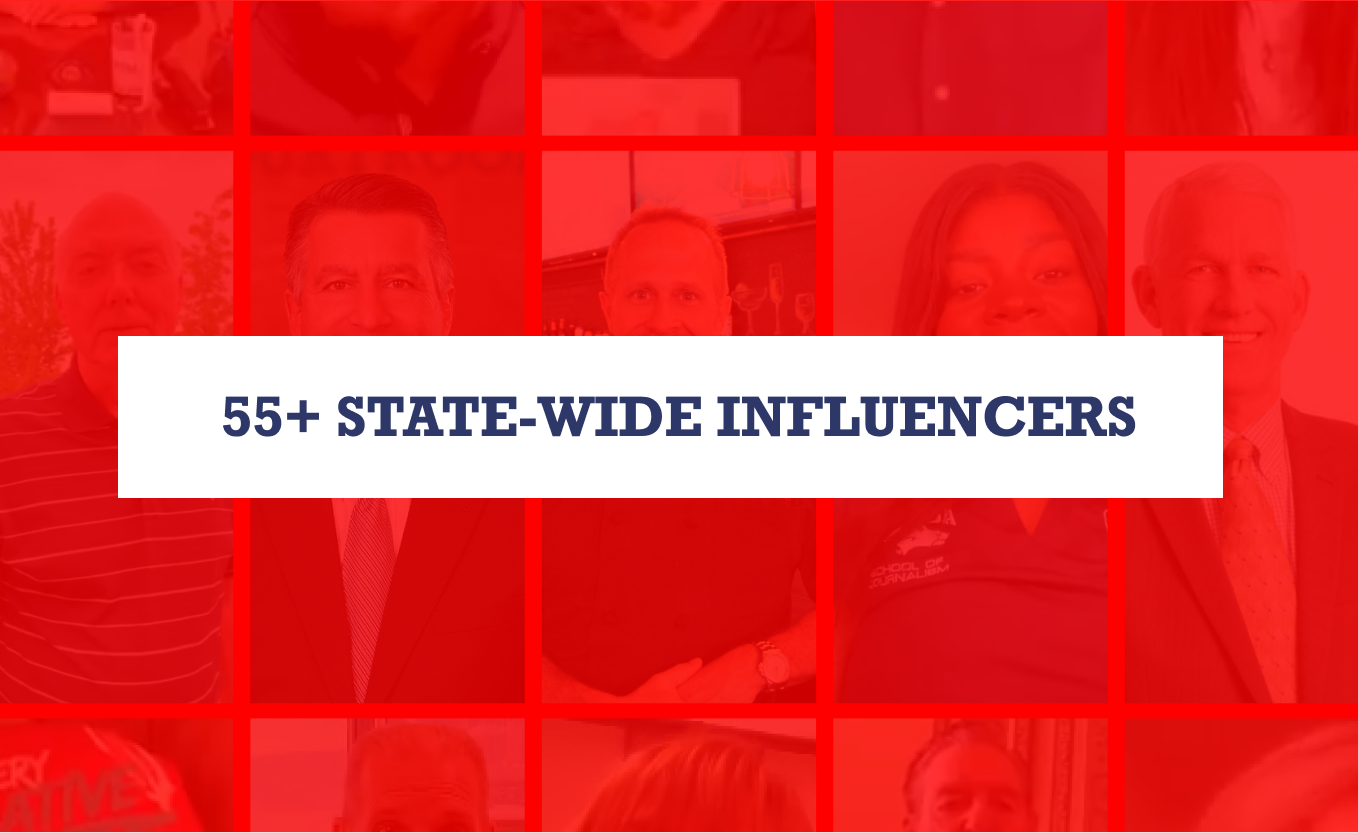 You know you’re doing great work if the President of the United States gives you a shoutout. 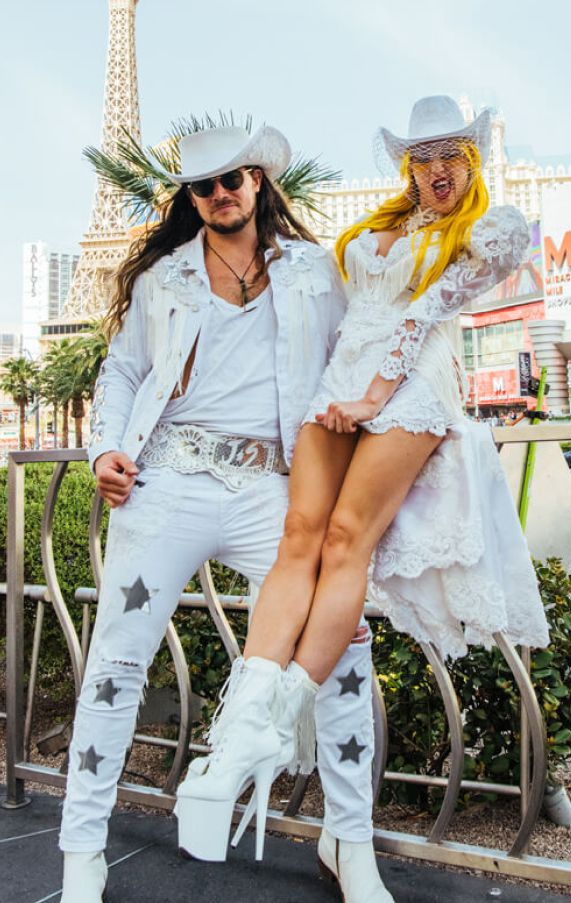 Wedding Capital of the World

Inspiring a Rush to the Altar