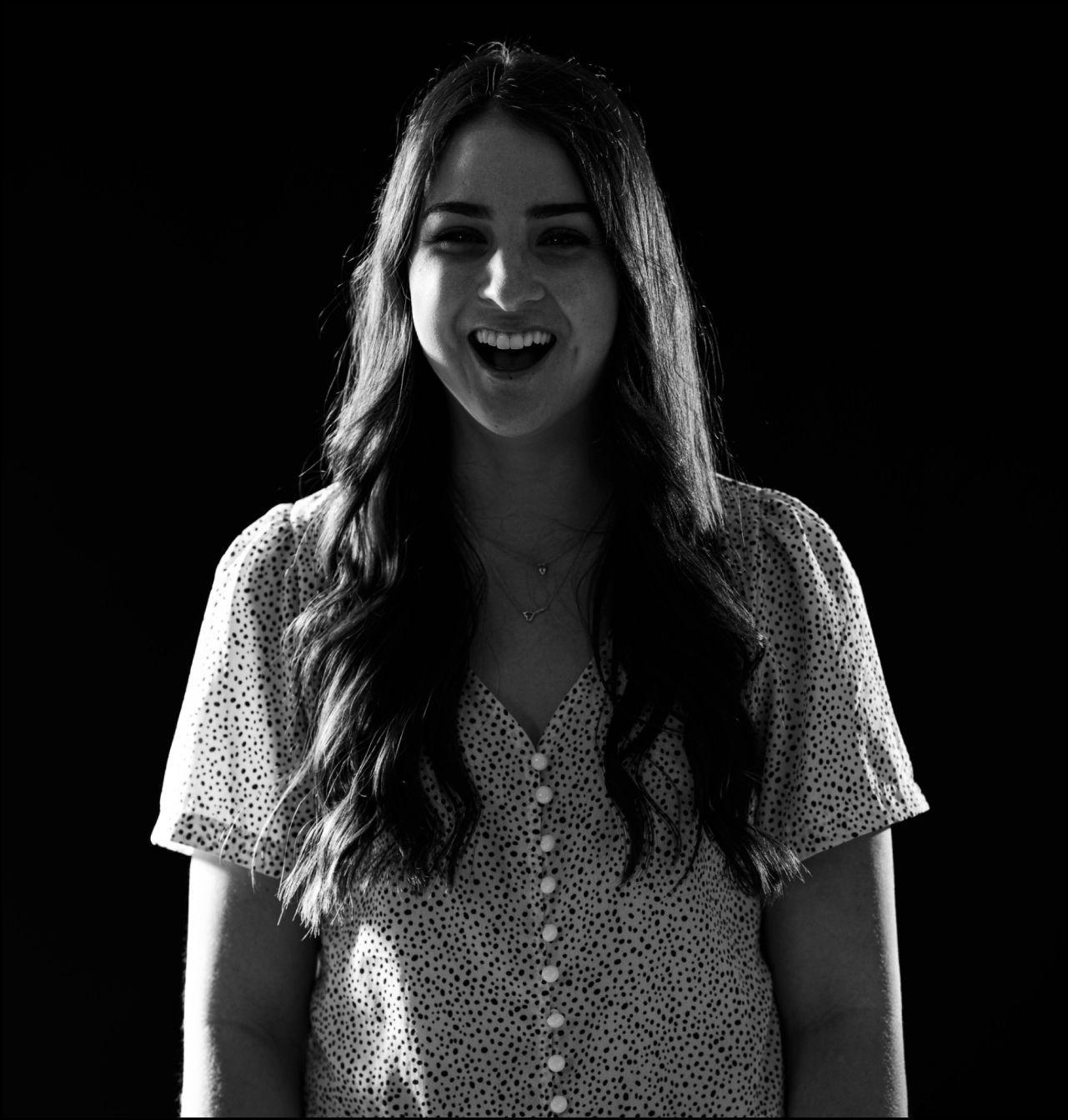 Ashley Campagna is one of the most caring people you’ll ever meet. It shines through in absolutely everything she does—and not just in the work that she produces—but in the way she treats her partner, friends, family, and sweet tortoiseshell kitty, Nyla. She is a firm believer that you get what you give (so you better put out good energy!).

Originally inspired by psychology, Ashley soon realized that while she was passionate about the work, it was heavy on the mind. She pivoted into business, quickly falling in love with the consumer behavior side of marketing (there’s definitely a psychology to it!). She spent the next four years of college working at both Starbucks and the Nevada Small Business Development Center, fueled by cold brew, a zeal for marketing research, and developing business strategies. In fact, we have Starbucks to thank for introducing us! Ashley met our founder, Steph, during her sophomore year (by one of her regulars) and was quickly taken with the “infectious energy that Steph and everyone at KPS3 radiated.”

As someone who thrives in a fast-paced environment, Ashley wanted to work somewhere that would continually evolve. She was determined to work alongside a team that was just as passionate about making a difference and helping others succeed as she was. That’s why she interviewed for the account coordinator position right out of college, and now here we are!

While getting a job at KPS3 was one of her proudest moments, Ashley holds a few others close to her heart, too: graduating alongside her two very best friends and adopting her very own cat (Nyla is the perfect mix of feisty and sweet—kinda like Ashley).

Devoted to all things organized, she’s not just making spreadsheets at work. Creating lists (and chowing down on carne asada burritos) is her love language. You can bet she even tracks her workouts (probably not in a spreadsheet, but still). There’s just no better rush than lifting weights for this one! She also takes her meals and hydration seriously—you’ll never find her without her HydroFlask. And when she finally closes her laptop for the night, Ashley is definitely cooking (with a glass of Cabernet nearby), probably choosing between Stranger Things, Survivor, Love Island, the Bachelor, Outer Banks, Reign, or one of Gordan Ramsey’s shows before settling in on the couch next to Nyla and her other half.